They say that in this life, you should learn to let go in order to move forward. Let go but never forget. There are even people who were assisted by professionals to stop them from hoarding and let go of those things they keep that have sentimental values. They were told that they should just keep the memories in their hearts and let go of those material things.

But I can also say that there are things I can never let go.

In this age of technology — text messages, emails and video calls, are ways for us to communicate to our friends and loved ones. It makes our lives easier but it also prevents us from creating wonderful and tangible memories to keep. We no longer send snail mails full of warmth but instead, we send emails. E-Cards, in place of cards with handwritten dedication. I am happy that today’s generation is living in a fast-paced society but also sad that they would no longer be able to experience how it feels to have cramps while writing a very long letter for your friend or run to the nearest post office as soon as it opens for you to send your letter.

As I was rummaging my stuff, I found my old box of letters I keep when I was in high school (ok, that’s more or less 15 years ago). It still has the letters my friends gave me during my birthdays or just whenever they wanted to. The cards my eldest sister sent me when she had to stay with our grandparents in CDO to study. I even kept in there a small piece of card where my first love wrote his old address and a poem I took from his notes. Hehehe. It brought back all the memories. I didn’t even know that one of my suitors (yeah, you heard it, I had a few back then) in College wrote a letter for me telling me he was letting me go when I turned him down. Nyahaha!! 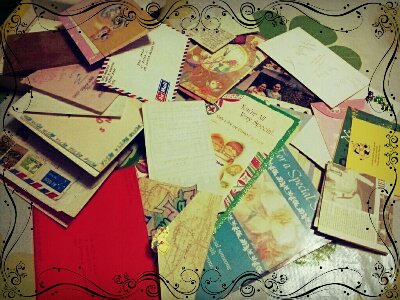 It was so nostalgic when I started reading them again. Some of them are funny since they were written during high school, grammar errors were abundant — subject-verb agreement, singular vs. plural and tenses. But they still bring the same emotions, like excitement and anticipation as you open the envelope. 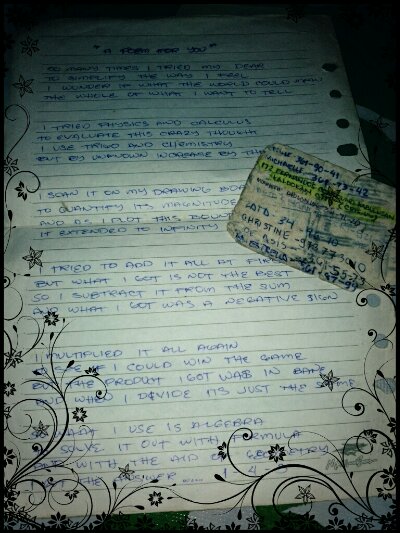 I am thankful I decided to keep them because if I didn’t, I won’t have this opportunity to reminisce about the old days and on how they feel about me then. Well, almost all of them I still have communication with while others, I don’t have any more news about.

It’s not bad to keep souvenirs or like me, old letters, and treasure them. Though as they say, you can keep the memories inside, it also adds up having to see physical proof of their care and love for you. How they have spent even just 5 minutes of their time to write that letter for me. Letters show the feelings and emotions a person doesn’t wanna show on his/her face.