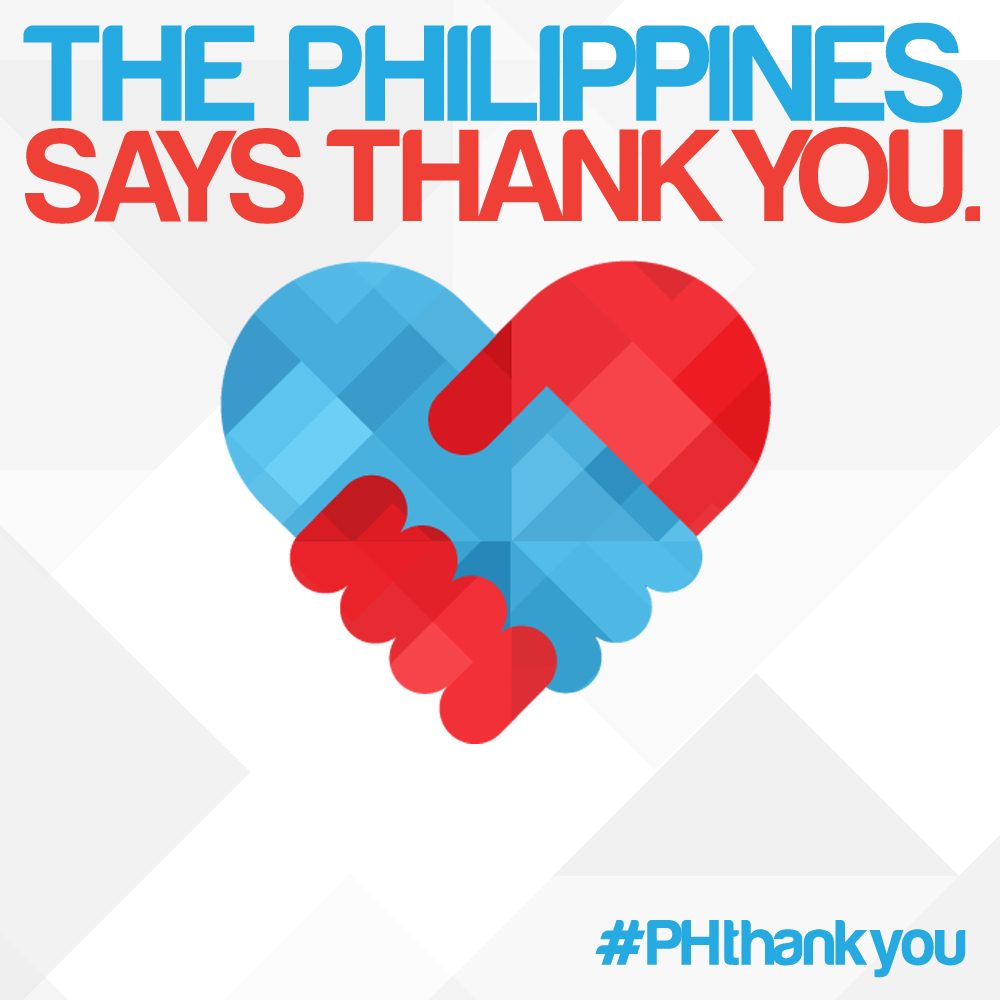 An excerpt from a News Article of Gov.ph.

Filipinos’ lives may still be far from normal in areas hardest hit by super typhoon “Yolanda,” but that doesn’t stop the nation from being grateful.

As help—and with it, hope—continues to pour in from individuals and foreign countries, survivors of the monster storm smile to the world with gratitude.

The government has launched a global “Thank You” campaign on February 8, at 4:40 a.m., exactly three months since “Yolanda” hit land in Guiuan.

Thank you signs through print ads and billboards in iconic places worldwide have been placed by the Department of Tourism, the agency said in a statement.

“The Philippines says thank you,” the signs read, as seen by Americans at the Times Square in New York, by Brits in the Picadilly Circus in London and by the Japanese at the Shibuya Crossing in Tokyo.

The message, DOT said, goes out to “all the people across the globe who have expressed sympathies and who have extended support, financial or otherwise…”

A photo from the campaign has also been seeded via social media, and has been shared with the hashtag #PHthankyou  by Filipinos, who are known for their fast-growing online presence.

But Pinoys have been thankful for much longer, whether or not they were directly affected by the storm, which is said to be the strongest in recent history.

The DOT itself admitted that the government campaign has been “triggered by an overwhelming sense of appreciation, which has been strongly expressed in social media…”

“Depicting different ways of expressing their heartfelt appreciation, various messages and images in social media showed the world that foreign support and encouragement has made, and continues to make, all the difference in the country’s ongoing rehabilitation and rebuilding efforts,” the DOT said.

Super typhoon “Yolanda” slammed several areas in November last year. Among the worst hit was Tacloban City, which was flattened due to a storm surge.

About 8,000 are believed to have been killed or left missing. More remain homeless, even as the government vowed to ramp up its rehabilitation efforts.